Confessions of a Justified Sinner 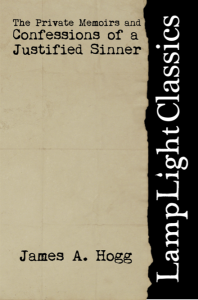 James Hogg (1770 – 21 November 1835) was a Scottish poet and novelist who often wrote under the pseudonym ‘Ettrick Shepherd.’ He is the author of The Queen’s Wake (1813) and numerous other poems and stories. He was a largely self-taught man who went on to become a figure of literary force in the 19th century.

The Private Memoirs and Confessions of a Justified Sinner was first published in 1824. The novel, set in Eighteenth-century Scotland, weaves the narratives of several tortured characters – including that of the Editor himself – into a tapestry of haunting reflection.